Genetic tests for people with autism are far from routine and don’t always yield results, but the information they offer can change lives.

Almost as soon as James was born in April 2003, it was clear that he was not well. When he failed a newborn screening test and was struggling to breathe, he was sent straight from the delivery room to the neonatal intensive care unit. Doctors there suspected he had a genetic condition, but genetic testing, such as it was 15 years ago, yielded no answers. So nine days later, James’ mother, Angela, took him home. (We are withholding James and Angela’s last names to protect their privacy.)

As an infant, James struggled to eat and never slept for more than 20 minutes at a time, but Angela attributed these things to his being a newborn and to the stress of their cross-country move. He didn’t sit unassisted at 1 year or crawl until he was 18 months old, but doctors and friends reassured her he was fine. When James was 14 months old, a physical therapist acquaintance took one look at the child and told Angela he clearly had some sort of developmental delay. But even the specialists she then took her son to see dismissed his loud squeals, hand-flapping and tendency to ignore others as consequences of his poor hearing. He was finally diagnosed with autism at age 4.

As James grew, other health concerns cropped up: He saw physical therapists, occupational therapists, feeding therapists, speech therapists, hematologists, neurologists, developmental pediatricians, psychologists, behavioral therapists, ear-nose-and-throat doctors and gastroenterologists. He had five surgeries for sinus problems. And his blood contained so few platelets — the cells that clot blood — that when he woke with a nosebleed, “it would look like somebody died in his bed,” his mother recalls.

Still, this particular constellation of issues did not match any known genetic condition, and without a diagnosis, James’ doctors had no treatments to offer. “Our life history with him had been very much that we know there’s something, but we don’t know what it means and so we kind of have to watch everything,” Angela says. 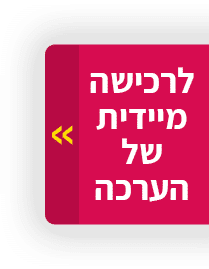